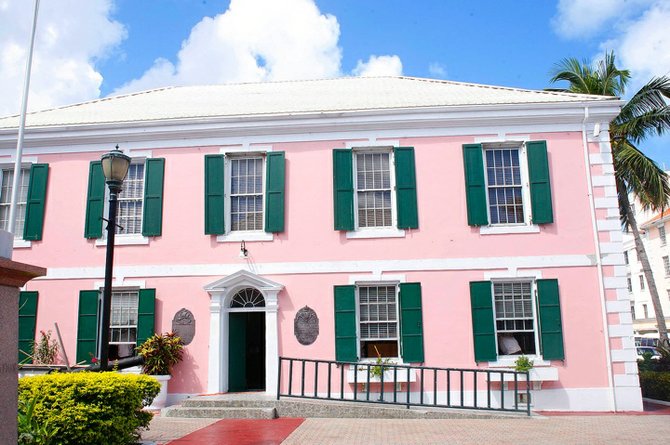 The Government has refused to adjust its gaming revenue projections despite the web shop industry’s legal challenge to the increased taxation, arguing that its case is “on solid ground”.

Its first-ever fiscal strategy report, tabled in the House of Assembly yesterday as part of compliance with the newly-passed Fiscal Responsibility Act’s requirements, admits that the web shops’ Supreme Court action “poses a potential threat” to its revenue forecasts.

However, the Minnis administration believes the strength of its case is sufficient reason not to adjust its estimates yet, with the gaming sector – hotel casinos as well as web shops – forecast to generate $70m in revenue for the Public Treasury this fiscal year.

“The recent litigation launched against the Government by the operators of the gaming houses poses some measure of threat to revenues as budgeted,” the fiscal strategy report acknowledges.

“However, the Government believes that it is on solid ground as to the legality and feasibility of the new tax measures announced in the May budget. Accordingly, revenues from the gaming houses remain at the levels projected in the budget.”

Total gaming industry taxes exceeded 2017-2018 budget projections by 35.8 percent, coming in at $37.2m compared to initial projections of $27.4m. There is little doubt that the Government sees web shops as an important and lucrative revenue source, while also professing that the new “sliding scale” tax structure and five percent “patron tax” are intended to curb the sector’s growth and anti-social impact.

The Ministry of Finance is forecasting a steady increase in combined casino/web shop revenues over the next three fiscal years, with the industry’s contribution to the Public Treasury increasing by $9.1m or 12.9 percent compared to the 2018-2019 fiscal year.

Its confidence in its revenue projections comes despite missing out on between $8m to $12.6m in extra web shop taxation during the 2018-2019 fiscal year’s first quarter as a result of the legal battle mounted by leading chains.

“Gaming tax receipts of $6.2m tracked moderately below the $8.9m of the prior year, and excluded the potential uplift from the new schedule of taxes on gaming houses and the five percent stamp tax on patrons because of implementation delays,” the Ministry of Finance revealed in its first quarter update. “In combination, these new measures are budgeted to yield an incremental $4.2m monthly in receipts.”

Dionisio D’Aguilar, the Cabinet minister responsible for gaming, yesterday indicated in the House of Assembly that web shops were still being taxes under the previous structure. Both himself and Carl Bethel QC, the attorney general, have tabled amendments in the House of Assembly designed to bring the “sliding scale” structure into effect and address the “wrong terminology” used in the previous version.

The definition previously employed to describe the basis for calculating what web shops should pay could have been interpreted as meaning that the different sliding scale rates, from 20 percent up to 50 percent, should be applied to “all the money” that patrons pay – rather than, as the Government intended, be based on that sum minus the winnings paid out by web shops.

However, the Government and web shop industry have yet to resolve their differences over the five percent Stamp Duty levy on customer deposits and over-the counter lottery ticket sales. Attorneys Wayne Munroe QC and Alfred Sears QC, who represent the industry, confirmed this weekend that no progress will be made until the latter returns from an overseas trip and is able to meet with the Government.

The Minnis administration, meanwhile, is predicting that its consolidation strategy will exceed the deficit targets set in the Fiscal Responsibility Act, with the Government achieving its first-ever Budget surplus by 2020-2021 if all goes to plan.

“For the outer years of the Budget forecast, the projected outcomes are slightly better than the targets,” the Fiscal Strategy Report said. “In 2019-2020, a deficit of 0.8 percent of GDP is projected against a target of 1 percent and, in 2020-2021, a small surplus is expected to be posted versus a deficit target of 0.5 per cent of GDP.

The Government conceded that its fiscal projection were not without risk, given that some key factors are outside its control. Economic, or gross domestic product (GDP), expansion is key to hitting financial forecasts given that it drives government revenues, but The Bahamas has limited ability to influence its growth because it is heavily dependent on the US and global economy.

The Fiscal Strategy Report also acknowledged how vulnerable The Bahamas is to being blown off course by hurricanes and other natural disasters, saying: “As we have seen in recent years, natural disasters – especially hurricanes – can also wreak havoc on projections for revenue.

“To mitigate the impact of such events, as was announced in the 2018-2019 Budget, the Government will be establishing a Disaster Relief Fund over the medium-term horizon.” Other factors influencing the outcome of the Government’s revenue projections include the Revenue Enhancement Unit’s success in generating $80m in extra income per annum from the existing system.