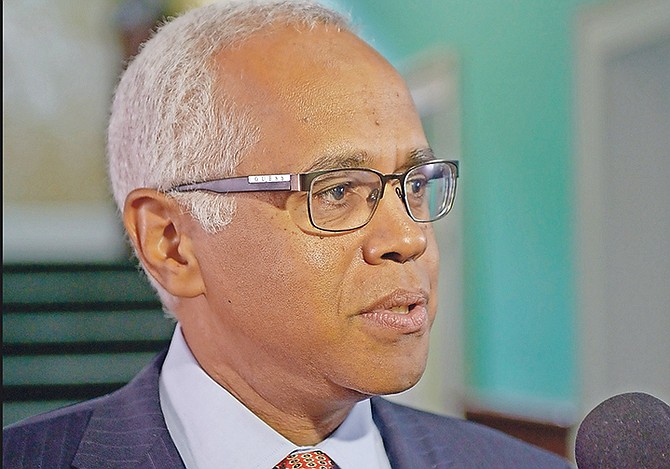 The web shop industry tax hikes are in “the best interests of the Bahamian people” due to the social costs the sector imposes, a Cabinet minister argued yesterday.

Dionisio D’Aguilar, the minister of tourism and aviation, who has responsibility for gaming, said the Government should increase the revenue it earns from an “extremely profitable” sector to help mitigate gambling addiction and other challenges it creates.

“It is the belief of the Government that the domestic gaming industry is extremely profitable, and we feel based on the social costs of gambling that the Government should improve its share of the revenues from gaming, so that was our purpose and that was our intention.

“Obviously the gaming house operators have deployed their legal team to contest what we’ve done,” he added, “but I think our motives were open and they were conducted with the best interest of the Bahamian people at heart. That’s what we’re trying to do.

“I think they fundamentally believe our methodology of taxation is not fair, and that’s why they have exercised their constitutional right to contest it. It’s a matter before the courts and the lawyers will address it at some stage.”

Carl Bethel QC, who is leading the Government’s negotiations with the web shop industry as both sides seek to avoid, or minimise, a lengthy and costly court battle, revealed last week that he had “rejected” a proposed settlement from Sebas Bastian’s Island Luck web shop chain and its attorney, Alfred Sears QC.

He added that he was awaiting a similar proposal from Wayne Munroe QC, the attorney representing the Island Game and Paradise Games operations, before determining whether the two parties can further narrow their differences or if they will have to revert to the sector’s already-filed Supreme Court challenges.

“We’re always open to discussions and, as I say, the remit for this is now with the Attorney General’s Office,” Mr D’Aguilar said yesterday. “I’m sure the attorney general will bring about an amicable outcome, but the objective was to really increase the share of the Government from the domestic gaming industry.

“Everybody in this country believes that the gaming industry is highly lucrative, and feels that the Bahamian people or the Government should have a greater take from it. There’s no doubt of the social costs. There’s no doubt that a significant portion of those that game have not spent their money wisely and, when they don’t, they turn to the state for assistance, so it just behooves the Government to improve its take.”

Tribune Business previously reported that the Government and web shops had narrowed their differences/concerns over the five percent Stamp Duty levy to be imposed on gaming patrons, but were likely to need the courts to resolve the dispute over the “sliding scale” tax structure.

However, Mr Munroe had argued that his clients believe no taxes are currently owed by any operator. He based this on a combination of the Government repealing the old tax structure in the budget, but then failing to properly replace it because it used incorrect language to describe the basis for the “sliding scale” taxation structure.

While the Government has subsequently corrected this by tabling amendments to the Gaming Act’s regulations in the House of Assembly and Senate, these have not been given effect through an appearance in the Government’s Gazette. Mr Munroe also pointed out that taxes cannot be made retroactive to cover the five months already missed.

The Government had previously pledged to clean up language and definitions relating to the five percent “patron tax”, and to address industry concerns over “rounding” that could result in web shops levying more than the due rate, thereby exposing them to patron lawsuits.

However, little to no progress has been made over the “sliding scale” taxation structure. The web shops’ case is based on what they allege is the lack of due process afforded to the industry over its introduction, and they view its new and increased rates as arbitrary, punitive and discriminatory.

The dispute has already resulted in the Government missing its budgeted revenue projections from the gaming industry, with the loss pegged at between $8-$12m for the 2018-2019 fiscal year’s first quarter. This loss could now increase if a prolonged court battle results.

Meanwhile, the web shop industry and its consultants have argued that The Bahamas is unique in levying a tax directly on patrons as opposed to the gaming house operators. However, the Government believes this is necessary to tackle the social ills caused by excessive gambling and help deter the industry’s growth.