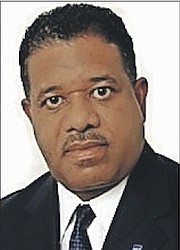 By NEIL HARTNELL and NATARIO McKENZIE

The Gaming Board has “put to rest once and for all” fears that web shops pose a risk to the Bahamian financial system’s integrity, a prominent accountant argued yesterday.

Philip Galanis, principal of HLB Galanis, told Tribune Business the regulator’s finding that patron transactions and account balances are too small to present a “material money laundering risk” should eliminate a stigma that has clouded the domestic gaming sector since its 2014 legalisation.

The former MP, who audits several web shops, said his clients were “elated” that the Gaming Board had seen fit to publish the results of its research – and give the sector a clean bill of health – in The Bahamas’ first-ever annual report on its efforts to combat financial crime and terror financing.

However, he slammed the “duplicity, hypocrisy and nonsense” of those Bahamian commercial banks who still refuse to accept web shop deposits – even though they permit payments from the sector to service providers who have accounts at these institutions.

Arguing that such acceptance implied web shop monies were clean, Mr Galanis urged all banks apart from Bank of The Bahamas – the one institution to currently accept the sector’s deposits – to join it and “go the whole distance”.

Describing the Gaming Board’s findings as “pretty good news”, he said: “I spoke to one of my clients this morning, who was elated about it. I do hope this report puts to rest once and for all the whole discussion about money laundering and web shops being used to facilitate money laundering.

“I know that with these companies I audit, the compliance officer is extremely diligent in ferreting out questionable persons who wish to open accounts. I’m glad they’ve [the Gaming Board] come up with that. It was a big concern for some inside and outside the industry. It’s very good news for the industry, and I’m happy the report came to those findings.”

Mr Galanis said part of his firm’s audit procedures involve a review of the web shop’s internal procedures, and the work of their compliance officers, “to ensure they weed out these persons”.

While no financial institution’s defences were totally foolproof, his firm’s audits had revealed web shops have the necessary measures in place – as required by Bahamian law and international best practices – to guard against money laundering and terror financing.

Mr Galanis spoke out after Crystal Knowles, the Gaming Board’s chief counsel, said research showed that the average patron transaction of $60 – and account balance of just $5 – were “far too small” to suggest the sector was being exploited for illicit financial activities.

Describing long-standing fears that the domestic gaming industry could be open to such abuses as “unfounded”, she wrote: “Prior to regularisation, it was feared that the then-unregulated ‘web shops’ were conduits for money laundering and terrorist financing.

“Despite the promulgation of the new legislation and the strides that have been made over the past three-and-a-half years to enforce the same, discussions in both domestic and international circles still focus on those previous fears.

“However, these discussions have proven to be largely unfounded, particularly following a study that was recently conducted by the board. The main focus of the study was to examine the financial data of the board’s licensees, over a one-month period, in order to determine the range of patron account balances and the volume of transactions that flow through the said patron accounts.

He acknowledged that such a stance was often driven by “forces outside The Bahamas’ – a nod to the global policies of the Canadian-owned banks, which prevent them from accepting monies related to gaming activities.

The HLB Galanis principal, though, argued that it was hypocritical for the banks to accept payments by web shops to the accounts of their service providers but not deal directly with the sector.

“I wish they would go the whole distance and accept monies directly from the web shops,” Mr Galanis told Tribune Business. “If an accountant or attorney provides professional services to the web shops, and if they have a commercial account in a bank other than Bank of The Bahamas, these payments to them are accepted.

“If the banks are concerned about the source of these monies, why accept such payments? It’s really duplicitous for them to accept one and not the other. Like so many things it’s driven by forces outside The Bahamas. I wish the banks would take a more common sense approach in their head offices and look at things independently, rather than lump everything into one basket.”

Mr Galanis said the commercial banking industry’s attitude to the web shop industry ran counter to Bahamian law, especially since the sector had been legalised, regulated and taxed from 2014 onwards – the present dispute with the Government excepted.

“It’s hypocritical, it’s nonsensical, and it’s duplicitous. I understand the banks doing that in an unregulated environment, but they have no issues to stand on other than to say this is the policy in Canada. It’s going to take much moral suasion by the Government to make the banks change.”

One of the major drivers for the web shop industry’s legalisation, regulation and taxation by the Christie administration was the need to bring the multi-million dollar sums it generates – estimated to be $500m annually by Dionisio D’Aguilar, minister of tourism and aviation – out of the informal economy and into the banking system to ensure it did not attract further international regulatory scrutiny of The Bahamas.

Previously, web shop bosses had invested their profits into sectors such as real estate and construction. However, the efforts to integrate web shop money into the formal banking system have so far met with limited success because only Bank of The Bahamas, which is more than 80 percent government-owned, has agreed to accept web shop deposits.

Not surprisingly, the Bahamas Gaming House Operators Association (BGOA), the industry body that represents the web shops, hailed the Gaming Board’s findings for “reinforcing” its own position that fears the sector is vulnerable to financial crimes are invalid.

“The BGOA was particularly encouraged by the section of the report, headed Money laundering myths debunked, which stated that “at the outset, it is important to note that gaming houses cannot be used to facilitate international transfers. There are no funds flowing from outside The Bahamas into patron accounts, neither are there any funds flowing from patron accounts outside The Bahamas.”

Gershan Major, the BGOA’s chief executive, said: “As the industry continues to evolve and innovate, it is ever minded of its regulatory and legal responsibility to ensure that it always adheres to international best practices and to the rule of law.

“The findings of the report further reinforce the BGOA’s long-standing position that, as a highly-regulated industry, it takes very seriously the execution of its corporate governance policies and procedures as part of the financial services sector.”

As predicted by Tribune Business, web shop operators have seized upon the Gaming Board’s report as a vindication of their arguments that the industry is among the most heavily regulated sectors in Bahamian financial services.

However, some observers – especially those long opposed to domestic gaming and its operators – are likely to question whether the Gaming Board can draw such conclusions on the basis of just a one-month study that only focused on transaction volumes and account balances.

The Gaming Board is now moving to ensure only the beneficial/registered owner of patron accounts can conduct transactions, following behind existing regulations that ban the use of anonymous patron accounts and fictitious names, and limit players to one account.