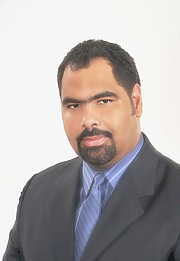 Gowon Bowe told Tribune Business that the regulator’s research, arguing that concerns over domestic gaming’s vulnerability to money laundering and other financial crimes were “unfounded”, failed to address “several issues” fundamental to the banks’ reluctance to accept the industry’s deposits.

Top among them, he explained, was the “elevated risk” involved in dealing with the large amounts of cash generated by web shops and the extra compliance/due diligence costs that banks will incur in handling such sums.

While the Gaming Board study only focused on the size of web shop patrons’ account balances and average transactions, Mr Bowe said banks were not faced with individual customer deposits but an “aggregation” of these sums by the gaming houses.

He explained that the costs involved in dealing with large cash sums often exceeded the potential earnings from accepting them, creating an unfavourable risk/reward situation for the banks – especially since web shops are the largest source of cash transactions.

Refuting claims that Bahamian commercial banks were “discriminating” against the web shops, the Clearing Banks Association (CBA) chief said other cash-based businesses also experienced “significant issues” in opening accounts and dealing with financial institutions because of the higher risk involved.

Mr Bowe then added that another obstacle to Bahamian banks accepting web shop deposits remained the correspondent banking links that the industry – and, indeed, entire economy – depends upon for its “survival”.

Most of The Bahamas’ correspondent banking relationships are with North American institutions, he said, which largely frown upon the acceptance of monies generated by online gaming and other varieties of gambling.

Mr Bowe explained that taking web shops deposits would thus likely endanger these relationships and, in so doing, jeopardise an economy that relies on such links to conduct commerce and settle transactions with clients and suppliers in overseas countries. Without such ties, The Bahamas’ “wheels of commerce” would grind to a halt.

The Gaming Board’s study has been seized upon by the web shop industry and its supporters, including Obie Wilchcombe, former minister responsible for gaming, and accountant Philip Galanis, to re-open the long-standing argument that there is no good reason why Bahamian commercial banks will not deal with the sector.

However, Mr Bowe told Tribune Business: “There are several issues that the report doesn’t address. The first one is that when you look at patron accounts, and the size and volume of transactions, that is looking at various gaming houses as financial institutions themselves.

“What that doesn’t look at is the aggregation of cash flows by gaming houses because that is what is banked at the bank. Each individual patron account may be $1,000, but having 10,000 patrons turns that very quickly into $10m. It’s not going to be 10,000 individual customer accounts.”

Mr Bowe said there was often “an undue spotlight shone on the gaming houses in terms of being discriminated” against by Bahamian commercial banks, but he argued that similar cash-intensive businesses faced higher scrutiny and due diligence too.

Pointing to money transfer businesses as an example, he added: “Why the risk factor is elevated is because the high volume of cash transactions are always seen as susceptible to money laundering. It’s not saying the business is condoning or promoting money laundering; it’s the movement of cash.

“What is the risk you have to address when banking the gaming houses? It’s not the customer, who is often a customer of the bank; it’s the gaming houses themselves and all the transactions they have there.

“Any business that is cash intensive – sales, deposits and withdrawals – are elevated to a higher risk even if they’re accepted by the financial institution. The level of monitoring, what is acceptable and reasonable activity, gets elevated because the banks do not know the source of the cash being deposited,” Mr Bowe continued.

“There are a number of businesses in addition to gaming houses who say they have experienced significant issues opening up bank accounts because they are high cash industries. The [Gaming Board] report says gaming house patrons are not using their facilities for money laundering as the dollar amounts are too small, but the deposits are aggregates of this.”

Pointing out that all businesses, including banks, had a right to determine who they transacted with, Mr Bowe said the issue of whether to deal with web shops or not was “a business decision” for each Bahamian financial institution.

Pointing out that bank fees were largely levied as “a cost recovery” for the services provided, he added that the extra oversight and monitoring required for cash transactions typically made dealing with them unprofitable unless this money was able to be lent out quickly.

“What is not appreciated is cash transactions don’t earn money for the bank,” Mr Bowe told Tribune Business. “Taking larger cash deposits is not profitable for an institution. It’s more a social service, putting money into an institution that is able to protect it.”

Bahamian web shops thus fall at the extreme end of this unprofitability scale, at least where the banks are concerned, and the Clearing Banks chairman said the industry’s frequent need for large sums would create another issue by requiring institutions to keep significant liquidity on hand to cover withdrawals.

Bank of The Bahamas, which is 82.6 percent majority-owned by the Government, remains the only Bahamian commercial bank to have publicly stated it accepts web shop deposits after gaining approval from its foreign correspondent bank.

However, the three Canadian-owned banks – Royal Bank of Canada (RBC), Scotiabank and CIBC FirstCaribbean – have all said worldwide policies prevent them from accepting web shop industry deposits. And Commonwealth Bank and Fidelity Bank (Bahamas) have shown little interest in doing so either.

“Whether the gaming house owners appreciate it or not, the financial institutions in The Bahamas do not survive without correspondent banks,” Mr Bowe told Tribune Business. “The correspondent banks are North American driven, and are not a big proponent of online gaming. Whether it is a gold mine or not is irrelevant.

“He who has the gold makes the rules. If they say we cannot have this service if you have these clients, and online gaming is one of them, we have to decide whether or not we can exist without them or forego opportunities with these clients [web shops] because correspondent relationships are of greater value.”

The Bahamian economy could not function without its correspondent banking links, given that its status as an import dependent international finance and business centre makes it imperative that businesses and clients are able to clear foreign currency transactions via the commercial banks.

This, though, remains an obstacle to one of the principle reasons for legalising, regulating and taxing web shop gaming – bringing the multi-million dollar sums it generates into the formal banking system and avoiding the scrutiny of international bodies, some of which have already listed The Bahamas for perceived weaknesses in its anti-financial crime defences.

“We have always argued the point on emotion and discrimination,” Mr Bowe told Tribune Business of web shops and the banks. “It has to be more dispassionate; what are the practical issues, and are there mechanisms to clear these hurdles.

“That’s not going to be done by saying there’s discrimination. Any business has the right to decide who they do business with. We cannot jump on one particular finding as there is not one particular issue.