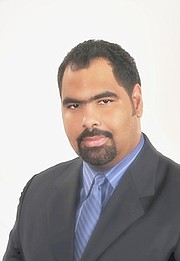 The Clearing Banks Association’s (CBA) chairman yesterday said the sector would have “no objection” to web shops setting up a Bahamian dollar “co-operative” to resolve their banking woes.

Gowon Bowe told Tribune Business that such a plan, while representing “out-of-the-box” thinking, would still need to pass the Central Bank’s regulatory and due diligence tests – and obtain the necessary licence – should domestic gaming houses pursue such an idea.

He was responding after a well-known Bahamian investment analyst, who requested that this newspaper not use his name, suggested that a financial institution dealing solely in Bahamian dollars – and not connected to the international correspondent woes – be created to resolve the dilemma of giving web shops wider access to the formal financial system.

“It seems some mechanism must be found to avoid any reliance on international correspondent banking,” the analyst said in a note to Tribune Business and others.

“Since all the business is in Bahamian dollars, why are deposits needed with US or Canadian banks with their excessive compliance policies? Could not a wholly internal Bahamian system be set up, governed by sensible rules established by our Central Bank?

“I am just scratching the surface of a complex problem, but it needs to be opened up. It is intolerable that a fully licensed, regulated and taxed local industry should be in effect ‘blacklisted’ by banks that are given a license to operate here.”

Mr Bowe yesterday indicated it may be worthwhile to pursue such an idea, given that it was “just not a practical reality” for existing Bahamian commercial banks to endanger the foreign correspondent banking relationships they and the wider economy need to survive by accepting web shop deposits.

“We’ve had the credit unions, people’s savings bank, and those were – if you will – financial institutions that were not internationally connected,” he told Tribune Business. “In that same vein, if they wanted to create a pure Bahamian dollar banking institution that the Central Bank has to licence, regulate, that’s an option for them to get funds into the system.

“Until we have the ability to work without international relationships that may be an option for them. There’s no objection I anticipate from the wider group to them proceeding with bringing an application to the Central Bank.

“If they feel they can create an institution that does not have foreign currency needs, that’s out-of-the-box thinking that they have an option to pursue with the Central Bank. We have common co-operatives that exist in the same vein,” Mr Bowe continued.

Mr Bowe earlier this week explained that the “elevated risk” involved in dealing with cash intensive businesses, and the extra compliance/due diligence costs that banks will incur in handling such sums, was a prime reason why the majority of Bahamian banks were reluctant to accept web shop monies.

Web shops, likely the largest cash generators in The Bahamas, would fall at the peak of this “risk” scale. Mr Bowe pointed out that the costs involved in dealing with large cash sums often exceeded the potential earnings from accepting them, creating an unfavourable risk/reward situation for the banks that would likely result in losses.

The other obstacle identified by the CBA chief was the opposition of Bahamian banks’ foreign correspondents to accepting gaming-linked deposits, meaning that if local institutions accepted such funds they – and all Bahamian businesses and residents – could be cut-off from the global financial system that the economy depends upon for every day commercial transactions.

This, though, prompted a furious riposte from the web shops, who argued that it was “dangerous and counterproductive” for the majority of Bahamian banks to reject research showing the sector was free from “material” money laundering risks with the country currently under attack on this issue from the European Union (EU).

The Bahamas Gaming Operators Association (BGOA), in a statement, asserted that the web shop industry’s Know Your Customer (KYC) scrutiny of patrons was just as rigorous as that applied by CBA members to their customers, meaning that the sector had already “met the litmus test” and therefore there should be no money laundering-related concerns to deter banks from accepting its monies.

“The rigorous Know Your Customer (KYC) rules, which apply to CBA members when establishing accounts for their customers, are the very same criteria applied to and by domestic gaming house operators,” the Association said.

“If the KYC measures are the same for both domestic gaming operators and members of the CBA, one would think that the aggregate deposits from gaming customers would have already met the litmus test.”

The local financial analyst, in their e-mail to Tribune Business and others, suggested that the commercial banks’ real issue was not money laundering risks “but simply an inability to utilise the deposits in a profitable way after covering the costs of due diligence” in dealing with large cash sums.

Questioning whether it was “more difficult or expensive” to conduct due diligence on large gaming house deposits as opposed to the smaller ones made by their patrons, the analyst also queried whether the same commercial banks were accepting US dollar deposits from New Providence’s two casinos – suggesting it would be a “form of discrimination” if they were.

This has been denied by Mr Bowe, but the analyst added: “Assuming Bank of Bahamas is the only bank that accepts gaming house deposits (and that must be insufficient), what exactly does Island Luck do with all the cash they receive every night?

“If they can’t deposit with a bank, must they hold actual currency in thousands of separate cash boxes, one for each customer? Do they pay all their bills with cash? This is very hard to believe – they must be using a bank.”

A key Government policy objective that drove moves to legalise the web ship industry was getting the multi-million dollar sums it generates into the formal economy and banking system, thereby removing the potential for further adverse scrutiny of The Bahamas by international regulators.

But Bank of the Bahamas, which the Government owns via a majority 82.6 per cent equity stake, represents a small fraction of Bahamian commercial banking system assets. This means that a legalised, licensed web shop industry is still shut out from most of the financial system.

Mr Bowe yesterday told Tribune Business that while the “door is not closed” on the banking industry accepting web shop deposits, there were a “a number of matters we want to address and work through”, including the various regulatory obstacles.

“It’s just not a practical reality for existing commercial banks,” he explained, “because we all utilise credit cards and third party payments to institutions in the US. Hiving off one particular part of our business to satisfy one industry is impractical, but if they can set up something on their own initiative then God speed”.