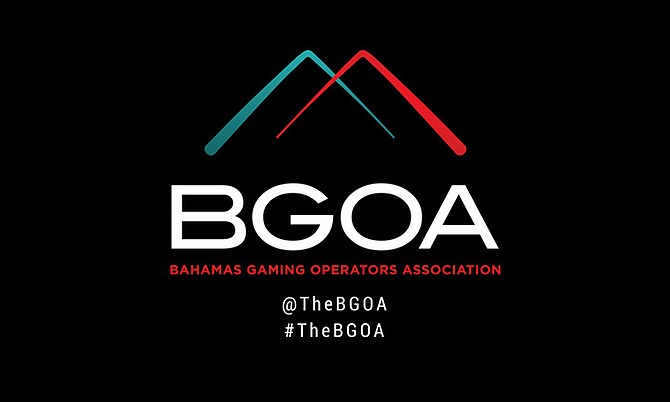 THE Bahamas Gaming Operators Association said it has been “left totally confused” by the government’s “discriminatory” policy which blocks web shops from offering curbside services to patrons.

The re-closure of the gaming industry, BGOA said, will further drive up the ballooning unemployment rate — which is set to exceed 30 percent — from an already challenged private sector labour force.

During a national address on Sunday, Prime Minister Dr. Hubert Minnis said phase 1B of his economic reopening plan was never meant to allow gaming houses to reopen and only applied to retail businesses that could offer curbside pick up and delivery without the need for direct person-to-person physical contact or face-to-face interactions.

“They were never intended to apply to the operations of gaming houses, and this is now made abundantly clear by the provisions of part B of the order,” Dr. Minnis said Sunday. “Those provisions specifically state that permission to engage in home delivery and curbside pickup services do not apply to gaming house operators.”

In response, BGOA said in a statement released yesterday: “This seems like ‘deja vu’ when it comes to the domestic gaming industry – another singling out and discriminatory public policy imposed, while other similar sectors are allowed favourable treatment.”

BGOA noted what it calls “preferential treatment” being made by allowing some sectors, like liquor stores, to open using curbside service and delivery.

“It was the public health officials’ previous recommendation that due to the high level of comorbidity or underlying health conditions (ie hypertension, diabetes) resident amongst a high number of our citizens that consumption of alcohol may have led to an increase risk of COVID-19 cases due to the potential weakening of one’s immune system,” the BGOA statement continued. “We wonder if the data has now changed relative to that public health safety position. This then begs the question of what are the public health concerns for not allowing curbside service for domestic gaming operations, which were limited to deposits, withdrawals, over the counter-ticket sales and bill payments.”

The BGOA explained that patrons were not allowed to enter any gaming establishment or engage in physical gaming activity other than through online means. It also said that the gaming industry had not been consulted or asked for input as to how it would have offered curbside or drive-through services.

The BGOA is a non-profit organization that represents the majority of the licensees of the domestic gaming industry. Its members include: Island Luck, A Sure Win, Percy’s Island Game, Ultra Games and Paradise Games.

“The domestic gaming industry operators are licensed entities operating in a highly regulated environment and pay tens of millions of dollars in taxes and fees to the government on an annual basis,” BGOA added.

Approximately 3,000 Bahamians are employed in the gaming industry, many of whom, according to BGOA, were excited to return to work, regain their ability to earn an income and meet their personal and family obligations. However, the BGOA said that just after a week of offering curbside and drive-through only services and strictly adhering to the social distancing and sanitation protocols, the hopes of those 3,000 plus employees have been dashed once again.

“If any sector in The Bahamas was more advanced and equipped technologically to offer such a service while maintaining strict adherence to social and sanitation protocols it would be domestic gaming,” the association said. “The Bahamas Gaming Operators Association (BGOA), therefore, invites the competent authority to meet with the industry to discuss how we can address the government’s intent to ease the economic crisis, in its phased reopening of the economy and adhering to all the public safety protocols, in order to get our employees back to work and mitigate against the rising tide of unemployment and all that it represents.”