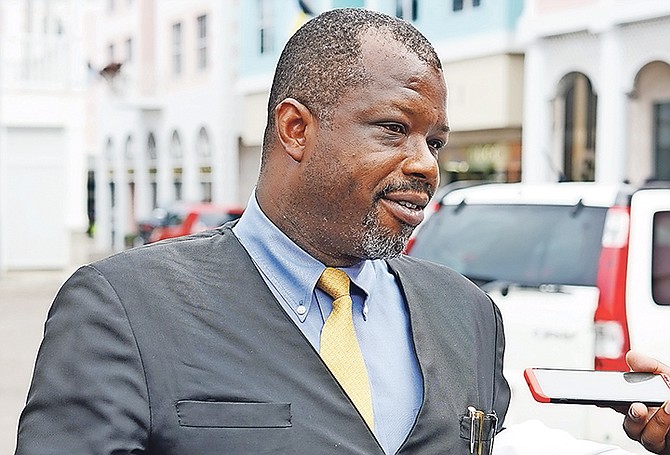 Several web shops will take legal action over the sector’s renewed closure as early as Monday if they do not receive the desired response from the Prime Minister’s Office, a prominent QC revealed yesterday.

Wayne Munroe QC told Tribune Business that Paradise Games and TIG Investments, trading as The Island Game, had “instructed me to action” after Dr Hubert Minnis on Sunday singled out domestic gaming as the only industry forbidden from offering curb-side and drive through services to patrons.

He revealed that he today plans to send a letter to the Prime Minister’s Office, which is the “Competent Authority” overseeing the Emergency Powers (COVID-19) Orders, to “give them the chance to accept” there was no medical or health justification for ordering the industry to close again just one week after it re-opened following the nationwide lockdown.

Confirming that the letter is the first step in potential legal action by his clients, Mr Munroe said he would then ask the Prime Minister’s Office to produce the medical reasoning for its decision should it it stick to the position that the sector-wide closure was justified.

He added that Paradise Games, the Island Game and other web shops “didn’t take it upon themselves to” re-open as they had all contacted their regulator, the Gaming Board, and obtained its permission to do so prior to accepting patron deposits and numbers purchases.

And Mr. Munroe disclosed that the Government’s action had also forced web shops to treat the rehiring of staff last week as “unauthorised and unapproved” otherwise they would not be eligible for National Insurance Board (NIB) unemployment benefits for three months.

He explained that workers who were temporarily laid-off, but then called back to work, would have to wait 13 weeks to reapply for benefits and income support if they were sent home once again – as has now happened to web shop workers.

As a result, Mr Munroe argued that the Prime Minister’s actions had “hurt Bahamians” reliant on a regular pay cheque due to their lack of savings in the bank.

“I’ve met with two of my clients who have instructed me to action,” Mr Munroe told Tribune Business. “But for Bahamas Power & Light’s little stunt [outage] I would have already settled the letter to the Competent Authority.

“We’re going the route of giving them the opportunity to accept there’s no justification for that portion of the Order and, if they say there is, to provide the medical report. They might provide us with some stunning evidence to show how gaming aids the spread of this COVID-19 virus.”

The QC added that he and his clients plan “to begin action on Monday if there’s no positive response” to today’s letter by the Prime Minister’s Office. “I’ve done quite a lot of preparation for action after the lockdown’s over,” Mr Munroe said. “I hadn’t anticipated having to do any before, but this has forced me to do it.

“I know of no medical justification for singling out gaming…… My clients didn’t take it upon themselves to interpret the first Order as applying to them. They responded to their regulator, the Gaming Board, writing to them saying they were permitted to do business” provided the necessary health and safety protocols were in place to comply with the Government’s requirements.

Revealing that the Government’s actions had forced web shops to treat last week’s re-engagement of employees as “not authorised and not approved”, Mr Munroe said: “The thing the Competent Authority doesn’t seem to realise is that they’re hurting Bahamians.

“If you’re unemployed, and then employed, you have to wait 13 weeks before reapplying [for NIB benefits]. He has potentially caused all the people that came back to work, and wanted to work, to not be entitled to unemployment benefits going forward.

“The Prime Minister will then probably accuse our clients of not having a heart. These are not rich people with savings in the bank; these are people that depend on having a job. It would be useful if people thought about these things before they did them.”

Dr. Minnis, in his national address on Sunday, said the permission granted for businesses to provide delivery and curb-side pick-up services was “designed to relate strictly to retail business establishments which can operate efficiently without the need for direct person-to-person physical contact or face to face interactions”.

He added: “They were never intended to apply to the operations of gaming houses, and this is now made abundantly clear by the provisions of Part B of the Order. Those provisions specifically state that permission to engage in home delivery and curbside pick-up services do not apply to ‘a gaming house operator’.”

This forced web shops to once again close after re-opening to offer both drive through and curb-side services for patrons wishing to purchase numbers or deposit monies to their accounts.

Dr. Minnis gave no explanation for the move, or why domestic gaming operators are the only industry singled out as not fit to provide services in this manner. Many observers, though, felt the move was based on government concerns that jobless Bahamians will spend their unemployment benefits on numbers as opposed to groceries and other essentials in the hope of securing ‘a big win’.

Sebas Bastian, Island Luck’s principal, earlier this week accused the Prime Minister of “targeting” the domestic gaming industry and its 3,500 by ordering the sector to close once more.

He, too, questioned why the industry had been “singled out” and “assailed by this government yet again” after it was the only one barred from offering delivery and curb side pick-up services and ordered to shut its doors in the latest Emergency Powers (COVID-19) Order.

Arguing that there was “no logic or rationale” to support the government’s decision, Mr Bastian said the move was clearly not based on any health-related concerns given that other “so-called ‘vices’” such as liquor stores had been allowed to re-open to consumers.

Urging the government to publicly disclose the reasons for permitting certain industries and companies to re-open, while requiring others to remain closed, the Island Luck chief said ordering domestic gaming to close just one week after it re-opened threatened to worsen the very 30 percent unemployment rate that the prime minister himself voiced concerns about yesterday.

Mr. Munroe, meanwhile, yesterday indicated he planned to challenge the regulations underpinning the Emergency Powers Orders as “ultra vires” or illegal. He added that the disruption caused by their implementation had resulted in significant losses for businesses.