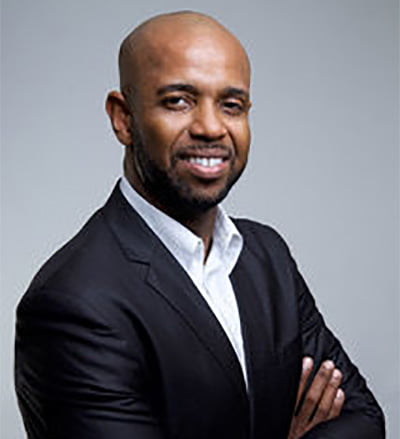 Dr. Sean Leonardo Knowles is a physician at Sandilands Rehabilitation Centre in the Department of Psychiatry. He is currently working on the Substance Abuse wards as a Registrar.

Dr. Knowles attended Temple Christian Schools during his primary and junior high school years and obtained his senior high school education from Saint Augustine’s College where he was his class valedictorian in 1994. He later earned his Bachelor of Arts degree in Biology with minors in Chemistry and Spanish in 1998 from Saint John’s University in Minnesota as a Cum Laude graduate with AllCollege Honors and earning a Distinction in Biology. Dr. Knowles then obtained a Master of Science degree in Mathematics & Statistics from Youngstown State University in Ohio in 2005 and was awarded the Most Outstanding Graduate Student in the Department of Mathematics & Statistics Award. In 2013, he obtained his Bachelor of Medicine, Bachelor of Surgery (MBBS) from the University of the West Indies and was presented The Dr. Mortimer Moxey Most Outstanding Performance in Community Medicine Award. Dr. Knowles was also the recipient of a 2016 British Chevening scholarship that afforded him the opportunity to complete a Master of Science Degree in Immunology of Infectious Diseases at the London School of Hygiene & Tropical Medicine in September 2017. His thesis is entitled “Understanding the Effects of Free Heme on Human Neutrophil Function.” Presently, Dr. Knowles is a member of the British Society for Immunology and the National Council on Problem Gambling (NCPG). He recently completed the University of Minnesota – Duluth and the North American Training Institute’s Studies in Gambling Addiction: Counseling the Pathological Gambler Certification course and volunteers his time with the Bahamas AIDS Foundation, counselling adolescents affected by HIV and educating affected persons and their families about the importance of medication adherence.

Furthermore, Dr. Knowles was born in Freeport, Grand Bahama and is the youngest of eight children. He is extremely proud of his Long Island, Abaco, Eleuthera, and Andros roots and was raised by his maternal grandmother who instilled in him at a young age the values of hard work, believing in yourself and having faith in God. His favorite motto is from Philippians 4:13: “I can do all things through Christ who strengthens me.” He not only believes in doing his best at whatever task given to him, but he also values treating people with respect and dignity.

In his spare time, Dr. Knowles enjoys weightlifting, kickboxing, traveling, watching thriller movies, public speaking, socializing, and mentoring young men. He attends both True Worshippers Assembly Assemblies of God and Deliverance Tabernacle and is married to the former Doretha Strachan. The couple has one daughter, Leylah.

Dr. Knowles’ ultimate career goal is to utilize his psychiatry, clinical medicine, mathematics, and immunology of infectious disease training and experiences by serving the public health sector of The Bahamas as a physician, health policy maker, and educator. He also aspires to become a future Minister of Health in The Bahamas someday.